Photo by Quintin Gellar from Pexels

Route 66 is arguably America’s most famous highway; the route has been immortalized in media and literature for decades. Little Miss Sunshine is one of the best representations of a chaotic family road trip from Albuquerque, New Mexico, to Redondo Beach, California. While the movie doesn’t adhere perfectly to the geography of Interstate 40, the road that parallels Route 66, it does give homage to the feel of a classic Route 66 road trip. This film is a perfect representation of a dysfunctional family trying their hardest to keep it together for the sake of their child’s dreams.

Albuquerque to Redondo Beach | I-40

Packed into a derelict Volkswagen Microbus, the chaos of this family is pushed to a bursting point. The more than 800-mile trip is made more complex by mental breakdowns, addiction, and mechanical failures along the way.

The Hoover Family quickly learns the importance of car maintenance when they find themselves broken down on the side of the road in the early stages of the trip. It’s discovered that they need to push the van to a certain speed before putting it in gear and starting it. This points to the mechanical failure of the transmission.

The average cost to replace the transmission in a car is at least $2000. However, ensuring that preventative care is taken will save money and stress. Further, transmission issues can lead to more severe mechanical trouble later in the car’s life. This is discovered during the trip to the beauty pageant in this movie.

The filming locations of this film were not 100% accurate but not far off from the script. The family is seen driving through the southwestern desert of the US, hitting communities and passing landmarks throughout New Mexico, Arizona, and California.

The cast saw Arizona-based filming in Flagstaff, Chandler, and Phoenix and California-based filming in Acton, Ventura, Santa Clarita, and Los Angeles. Following the interstate from Bugs Bunny’s famous wrong turn to the Sunset Coast will take you along the route depicted in this film.

More important than the actual passage of miles beneath the tires of their beat-down old bus is the growth and realizations of the family that traversed them. Over time, every character went through significant self-discovery and realizations about what family means.

Olive learns about the importance of family support and loving yourself for who you are in the face of judgment and doubt. Richard discovers that he can pursue his dreams but needs to include how this pursuit affects those he loves. The trip gives him a new perspective and new experiences to build on. Cheryl is the epitome of the overburdened burnt-out mom, managing crisis to crisis without seeing an end. She comes to understand her strength and how she glues her family together. Dwayne learns that everyone has their faults, and the best we can do is adapt and overcome them. It’s not going to be easy or pretty, but it will be worth it in the end. 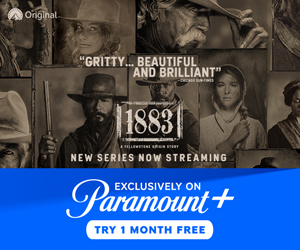